For all you ladies who would like to knit your own mug cozy, I have come up with these instructions. If you find any errors, please, please let me know...a pattern-writer I am not.
Happy Knitting! 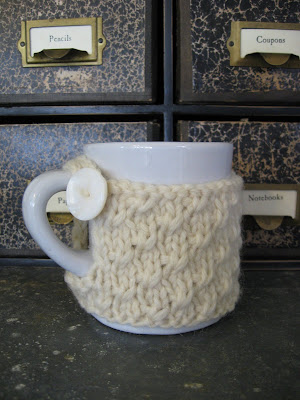 
Pattern Stitch:
“Cross-Over on Two Stitches, Right—Knit
(Cross R)—often called a ‘Mock Cable’
Insert the RH needle into the front of the 2nd st from the point of the LH needle and Knit it. Do not slip it off. Knit into the front of the 1st (the skipped) st and then slip both sts off together.”*
*The Complete Book of Knitting by Barbara Abbey

To make button loop, I knit a 5-inch I-cord: Slip the last stitch from your needle to a dpn—you have two strands and need one more—so pick up a stitch to the left of your existing stitch, using just one strand of your working yarn. [Cut the other strand, leaving a 6-inch tail to weave in later.] You should now have three strands of wool [three stitches] on your dpn and a single strand of working yarn hanging from the left. Now, slide the stitches to the right end of the needle. With the yarn still hanging from the left, knit across using your other dpn. Be sure to pull the yarn tight when you make your first stitch so the fabric rolls in on itself. Switch the needles in your hands without turning your work, and slide the stitches [on your left needle] to the other [right] end of the needle. Continue knitting for 26 rows total. {You could make this shorter or longer as need be; the loop is designed to go over the mug handle.} Cut yarn, leaving a 12-inch tail, and pull through the three stitches on needle. Thread strand of yarn through a tapestry needle and sew I-cord end to cozy to form a loop with the beginning of the I-cord.
If this makes absolutely no sense, I apologize. You could always crochet a button loop.

Now, you need to attach the two sides of your mug cozy. You will just sew together the side edges of the first few rows up to the Rnd 4 bind-off. This forms the section that will be under the handle of your mug.

Slide the cozy onto your mug and determine where your button placement should be in respect to the button loop. Sew your button on with some of your yarn.

Weave in all loose ends of yarn.
Posted by homespun living at 6:38 PM 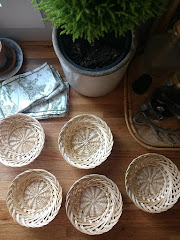 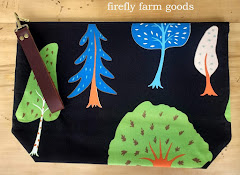 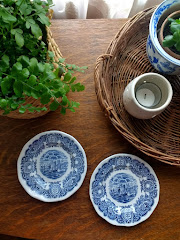 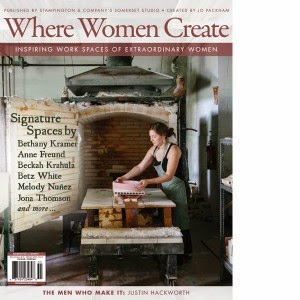 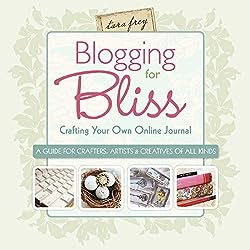 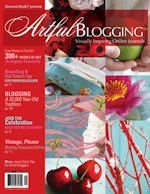 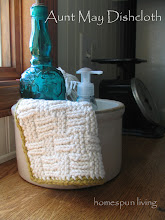 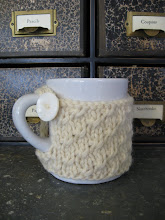 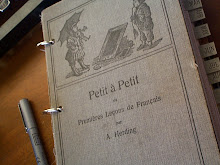 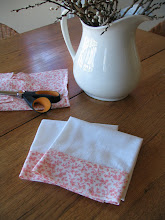 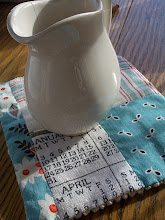 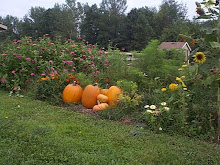 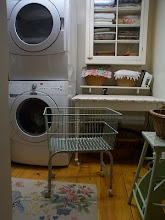 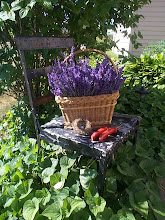 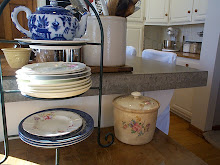 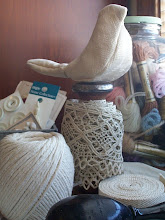 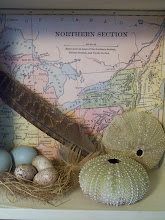